Dorothy Halliday was born on 25th August 1923 in Dunfermline, Fife, the only daughter of a mining engineer, but grew up in the Corstophine area of Edinburgh and was educated at the James Gillespie School for Girls. She studied at Edinburgh College of Art and Glasgow School of Art and became a talented portrait painter.

During the Second World War she worked as a Press Officer for government departments in Edinburgh, including the Board of Trade. There she met and married her boss, Alastair Dunnett, 15 years her senior. He became a distinguished newspaper editor, taking the helm of the Scottish Daily Record, and then The Scotsman, a position he held for 17 years. After his retirement he became chairman of Thompson Scottish Petroleum, and was knighted for his services to journalism and to Scotland in 1995.

They were a singularly happy couple and Lady Dunnett said that her husband was the model for her most famous romantic hero, Francis Crawford of Lymond. The Dunnetts had two sons, Ninian and Mungo. Sir Alastair died in 1998.

Dorothy Dunnett was a housewife of 38 when she turned to writing. She said that after complaining to her husband that she had nothing of interest to read, he suggested she write something herself. The die was cast.

Her first novel, and the first of the six-book Lymond Chronicles, was followed by 22 other books. The world famous Lymond Chronicles were interspersed with a series of light-hearted detective stories featuring a bespectacled gentleman sailor. Then came King Hereafter, a fascinating book that took Dorothy four years to research. In it she examined the 'real' identity of Macbeth and came up with a theory which set historians aquiver.

Dorothy Dunnett’s final work – the eight-volume House of Niccolò series – was set during the Renaissance and introduces another extraordinary man, Nicholas de Fleury, as its hero. This time it was 15th century commerce and banking which had captured her imagination. The novels are filled with unforgettable characters, formidable women, dreadful villains, complex plot lines, hilarious set pieces, poetry and music, all wrapped up in an evocation of history almost magically real. Naturally the books were best sellers.

But Dorothy did not dwell entirely in the past: far from it. She was a warm, funny and charismatic person with many interests. She loved – and created – art, sculpture and music. She was adept at languages and was an enthusiastic traveller venturing from Scotland to Flanders, Russia, Iceland, France, Malta and Turkey to name but a few when researching her books.

She was also a member of the Board of Trustees of the National Library of Scotland, for 35 years a trustee of the Scottish National War Memorial, a non-executive director of Scottish Television, a director of the Edinburgh Book Festival, and the hostess of some fabulous Festival parties. She became Honorary Vice-President of Scottish PEN in 1997. Dorothy was a Fellow of the Royal Society of Arts, and was awarded the OBE in 1992 for her services to literature.

Dorothy Dunnett died on 9th November 2001 after a short illness; she was 78 years old. In 2006 the Dorothy Dunnett Society arranged for a memorial stone to be laid in her memory in the Makars' Court by the entrance to the Scottish Writer's Museum at Lady Stair's Close on Edinburgh's Royal Mile. The stone contains Lady Dunnett's coat of arms, and a short quote from one of her books: "Where are the links in the chain … joining us to the past?"

(Adapted from the Dunnett Central biography) 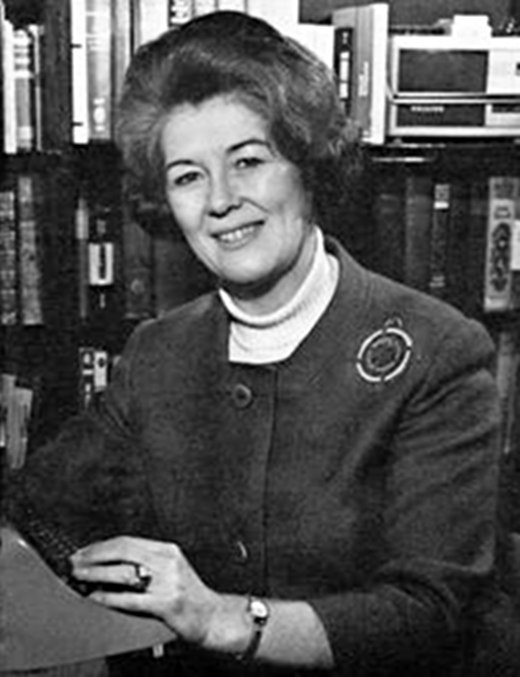 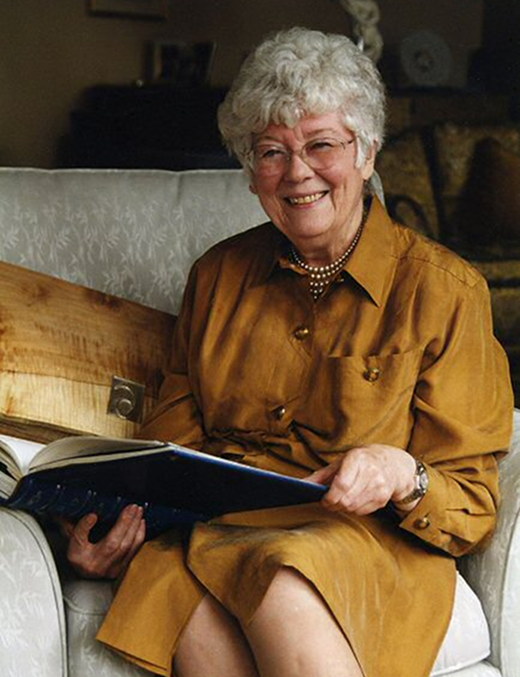